← more from
Heart Dance Records
Get fresh music recommendations delivered to your inbox every Friday. 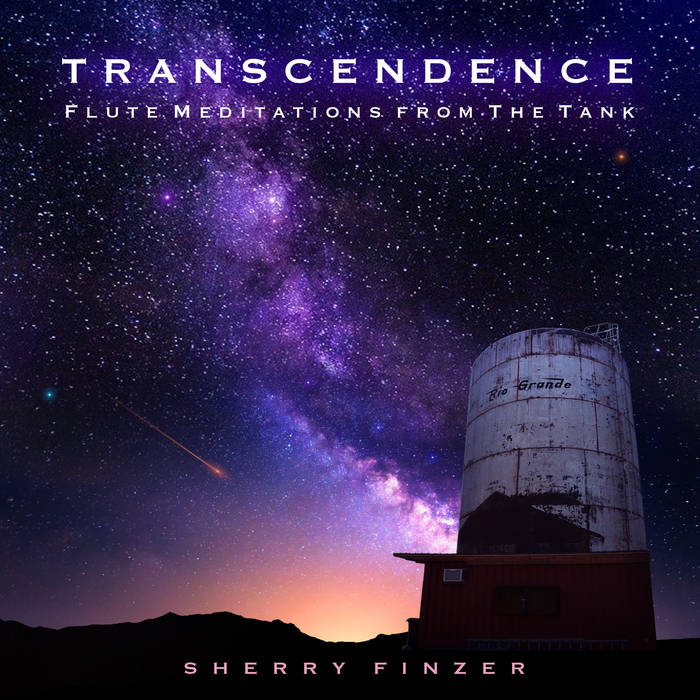 Paul Asbury Seaman As the great jazz soloists knew, the best improvisations aren’t really “spontaneous,” but grow out of years of skill, practice and fine-tuned intuition. All of this is apparent on Transcendence. To do a solo album with a single player requires vulnerability, more so if you invite comparisons to one of the legends of your instrument. It is thrilling to listen as Finzer expresses her own vision while echoing the landmark recordings that inspired her. Fav. track: Third Eye Opening

Jeff McKeehan Sherry's deeply sensitive style, coupled with the unique acoustics of "The Tank", combine to create a soundscape you will want to get lost in over and over again.

While on tour with guitarist Darin Mahoney in September of 2019, we made a visit to Rangely, CO to experience the amazing sounds of The Tank. It was here that I was finally able to realize my dream of creating a totally improvised solo flute recording reminiscent of Paul Horn’s albums, including the most inspirational to me – Inside the Taj Mahal. Transcendence was captured inside The Tank, and you will hear accompaniment from Mother Nature (The Wind), various sounds created by The Tank, key clicks from the flutes, and breath.

Constructed around 1940 as a railroad water-treatment facility, the Tank was moved by a utility company to Rangely in the mid-1960s for use as part of a fire-suppression system. The plan was never realized, as the underlying shale proved unable to support the weight of the filled tank. However, the bed of gravel upon which the tank was placed bowed its floor into a gentle parabola, giving it its remarkable acoustical resonance.

In 1976, sound artist Bruce Odland was shown the place by two Rangely locals. Odland understood immediately that he had stumbled upon a treasure. “I’d never heard anything like it,” he said. “I’d never heard a sound last that long, with these dizzyingly beautiful reverberation effects going all over the place.” For years after Odland’s discovery, The TANK became a secret performance and recording space for a dedicated group of sound artists and musicians.

This recording was made possible by a generous donation from Gary Arnold, who not only is a fan and supporter of my music, but also has supported my label Heart Dance Records which has a mission to create music to aid in relaxation, meditation, escape, healing and peace.

I would like to thank James Paul from tanksounds.org for allowing me to record in this mind-blowing location, and Samantha Wade and Michael Van Wagoner for capturing these live improvisational meditations within this special place. My hope is that this music brings you a sense of peace, comfort and tranquility.

Composed and performed by Sherry Finzer.
Recorded at The Tank by Samantha Wade and Michael Van Wagoner.
Mastered by Cass Anawaty at Sonoran Mastering - Scottsdale, AZ

Sherry Finzer believes that music can heal. She is a Phoenix based flutist, performer, and composer, and runs Heart Dance Recordings – a label consisting of artists with a focus on healing music. She specializes in the low flutes - alto, bass and contrabass. ... more

Bandcamp Daily  your guide to the world of Bandcamp